With Giving Tuesday just a few weeks away, Salesforce users are in luck! It’s now easier than ever to set up an effective online campaign that’s fully integrated with your Salesforce instance.

The new Causeview Impact Designer lets you build custom, powerful, responsive online forms and landing pages. It integrates directly with Salesforce so that you can easily track campaigns, gift allocations, donor history, and more. Plus, there's no need for any complicated data export to see the results in your  CRM.

If you haven’t tried Causeview Impact Designer, now is the perfect time! Here’s how easy it can be to launch your Giving Tuesday campaign:

Causeview Impact Designer lets you begin with a pre-built form template or select a design template that you’ve previously setup. The template will give you a head start on form styling, fields, content, and functionality.

Or, there may be a completed form you’ve built in the past that you want to build upon. If so, you can easily clone it with a click of a button and begin from there, with much of the work already completed.

2. Associate with your Giving Tuesday campaign in Salesforce

As you build out your Giving Tuesday 2018 form or landing page, you should connect it to a campaign you’ve setup in Salesforce. This will help you simply track the supporters who participate and the results you generate.

You’ll gather insights to help with future Giving Tuesdays in intuitive dashboards, and can report on the participants for a great list of potential year-end donors. You can also track other tasks like outreach and follow-up for a detailed understanding of your Giving Tuesday performance.

Causeview Impact Designer makes it easy for your online form or landing page to look and operate exactly as you wish. You can use drag-and-drop controls to change text, form fields, sequences, and other formatting. It’s a best practice to add content specifically for your Giving Tuesday campaign so that donors who visit your page on that day will know they are in the right place.

There may be other fields you’d like to quickly add as well. You could ask what area or project a gift should be allocated towards. You may also want to include survey questions that help you understand new donors and segment them for future campaigns.

The donation amounts you list on your forms and landing pages can be very influential. While there should always be a choice to enter an individual's own amount, the suggestions you give can make a big difference. List options too high and you risk discouraging supporters who can’t give in that range. But list amounts too low and you risk them giving less than they initially planned.

The amounts you suggest should be based on the most common donations in the past, building in a slight increase to encourage donors to give a little bit more than they had intended. You should also offer a wide array of options, ranging from low to high, so that donors in multiple categories are more likely to see a choice that’s right for them.

5. Test on all your devices

Before you finalize your Giving Tuesday campaign, you should be sure to test your forms and landing pages on all common device types. That includes computers, tablets, and smartphones, as well as different browser types like Chrome and Safari.

Fortunately, Causeview Impact Designer’s forms and pages are built with responsive design, so that they will look as intended on any screen size or browser. That means that this testing step should take no more than a few minutes!

If you opt to build a donation form, rather than a standalone landing page, you can embed it directly onto your organization's website. Causeview Impact Designer gives you a simple snippet of code that you can copy-and-paste into the body of your website’s Giving Tuesday page and start collecting donations.

Need to make a change once it’s published and embedded? Not to worry - changes you make in Impact Designer will automatically update on your live forms.

7. Promote your Giving Tuesday campaign to the right supporters

Once your Giving Tuesday form and landing page is ready, it’s time to promote it to your supporters. While social media plays a big role in driving people to donate on Giving Tuesday, you should also be reaching out directly to donors and other constituents who may want to participate.

You can use your donor data in Salesforce to segment lists of past Giving Tuesday participants, new supporters from the year, lapsed donors, and more. From there, it’s easy to send mass emails that speak to each audience and direct them to your Giving Tuesday donation form.

Get started with Causeview Impact Designer

If your organization is using the Salesforce.org platform and interested in learning about Causeview and Impact Designer, we'd be happy to show you how it works. 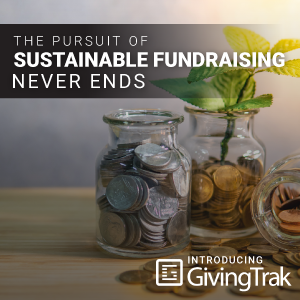